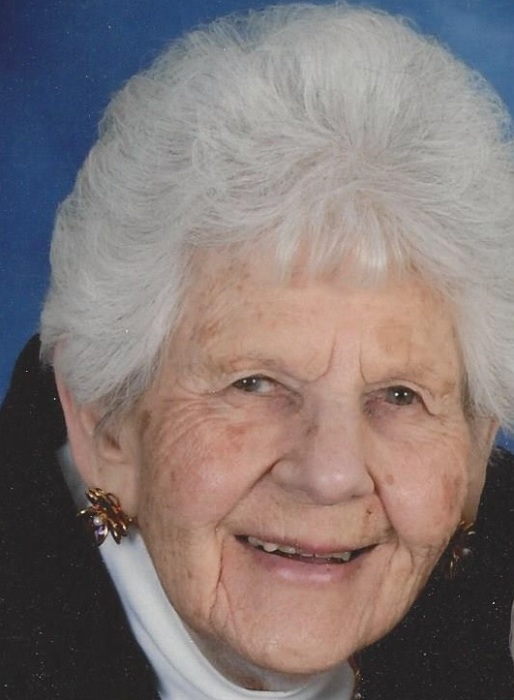 SHINGLEHOUSE, Pa.----Carolyn C. Graves, 89, of Shinglehouse, passed away on Saturday, January 20, 2018 in Cole Memorial Hospital, Coudersport, after a short illness.

Carolyn was a graduate of Millington High School in Memphis.  Prior to her marriage, Carolyn was employed by International Harvester in Memphis.  She was later employed as a secretary for the Pennsylvania Fish Commission in Oswayo.  She was also a self-employed furniture upholsterer.

Carolyn was a member of the Shinglehouse United Methodist Church and its women’s group.  She formerly served as a Sunday school teacher and as a scout leader. She and her husband enjoyed square dancing with the Grand Squares.  She was a wonderful seamstress, cake decorator, and enjoyed quilting, being a member of the Piecemaker Quilting Club in Shinglehouse. She also enjoyed playing cards with her family and friends. In her younger years, Carolyn was an avid water skier.

She was a loving wife and devoted mother, grandmother, and great-grandmother. Her greatest love was having her family together.

In addition to her parents and husband, Carolyn was predeceased by a brother, John Crain, Jr.; and four sisters, Jesse Arquitt, Jamie Ward, Elizabeth Tummins, and Peggy Forsythe.

Friends may call on Tuesday from 2 to 4pm and 6 to 8pm at the Virgil L. Howard Funeral Home, 118 South Union Street, Shinglehouse.  Funeral services will be held at 10am on Wednesday, January 24, 2018, at the Shinglehouse United Methodist Church, with the Revs. Robert M. and Sandra D. Howles, pastors, and the Rev. Randall W. Headley of Port Allegany, officiating.  Burial will be in Maple Grove Cemetery, Shinglehouse.

In lieu of flowers, memorials may be made to the Shinglehouse United Methodist Church, PO Box 296, Shinglehouse, PA 16748 or to Explosive Ordinance Device Warrior Foundation at www.eodwarriorfoundation.org.

To express condolences or share a fond memory of Carolyn, please visit www.virgillhowardfuneralhome.com

To order memorial trees or send flowers to the family in memory of Carolyn C. Graves, please visit our flower store.