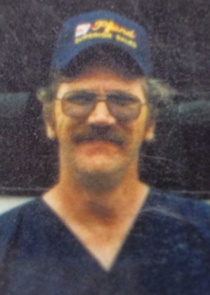 AUSTIN, PA---Donald J. â€œDonnieâ€ Clinton, 59, a lifelong resident of Austin, passed away unexpectedly on Saturday, May 14, 2016 while fishing with his wife and daughters.
Born April 24, 1957 in Niagara Falls, NY, he was a son of Michael and Bessie Glover Clinton.  On August 31, 2005 in Coudersport, he married Karen M. Page, who survives.
He was a graduate of Austin Area Joint High School.  Donnie was a U.S. Navy veteran having served overseas.
Donnie had been employed as a maintenance man at McDonaldâ€™s restaurant in Coudersport and at the time of his death was employed by Sweden Valley Manor in Coudersport as a maintenance man.
He was a life member and past fire chief of the Austin Volunteer Fire Department and was also a past ambulance chief.  He had also held many offices within the fire department. He enjoyed hunting and fishing.  His greatest love was his family.
Surviving besides his wife are two daughters, Elizabeth Mae Clinton and Nicole Lynn Clinton, both at home; two sons, Michael Clinton of Windsor, VA and Robert Clinton of Maryland; four grandchildren; and several nieces, nephews, aunts, uncles, and cousins.
In addition to his parents, Donnie was predeceased by two brothers, Charles Clinton and Eugene Clinton.
Friends are invited attend a memorial service at 4 p.m. on Saturday, May 21, 2016 at Sweden Valley Manor, Coudersport, with the Rev. Steven D. Small, pastor of the Southern Potter United Methodist Charge, officiating.  Burial will be in the Forest Hill Cemetery, Austin.
In lieu of flowers, memorials may be made to the family to establish an educational fund for Donnieâ€™s daughters, c/o Karen Clinton, 9 Mandy Lane, Austin, PA 16720.
Donnieâ€™s family has entrusted his care to the Virgil L. Howard Funeral Home,
Shinglehouse, PA.

To order memorial trees or send flowers to the family in memory of Donald J. "Donnie" Clinton, please visit our flower store.