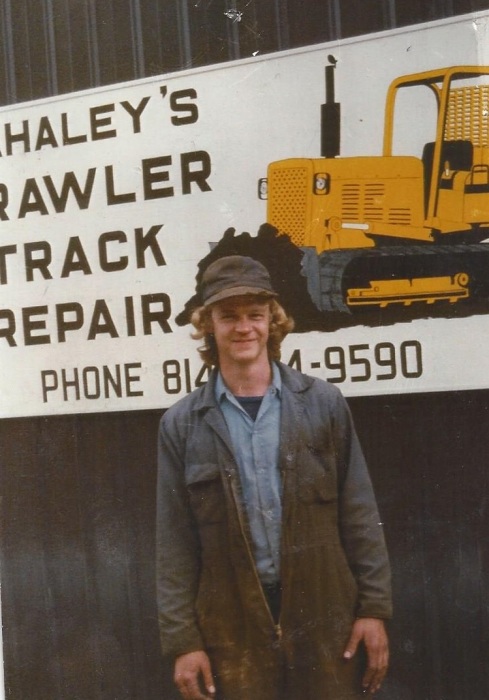 Geoffrey A. Mahaley     “The Chainsaw Man”

COUDERSPORT, PA---Geoffrey A. “Geoff” Mahaley, 59, a longtime resident of Coudersport, passed away in his home with his loving wife and his faithful dog, Sara, at his side on Wednesday, November 30, 2016, after a long illness.

Geoff was a graduate of Coudersport High School, Class of 1975.  He had been employed as a mechanic by the former E.E. Tucker Sales and Service in Colesburg where he repaired snowmobiles, chainsaws, and small engines.  In 1980, while employed by Tucker’s, Geoff started his own track repair business, Mahaley’s Crawler Track Repair.  In 1990, along with his wife, he took on the Stihl and other power equipment dealerships.  His son, John Mahaley, now proudly carries on the family business.

Geoff was a member of the Coudersport American Legion Post 192.  He enjoyed hunting, shooting and 4-wheeler rides with his friends, including his best friend, Mark Long.  In his younger years, he enjoyed racing go-carts and snowmobiles.  His greatest love was spending time with family.

In addition to his parents, Geoff was predeceased by a brother, John Mahaley.

Friends may call from 1 to 2pm on Saturday, December 3, 2016 at the Coudersport American Legion Post 192, where a memorial service will follow at 2pm with Pastor Frank Mickle of Gold Church, officiating.

In lieu of flowers, memorials may be made to the Patterson Cancer Center, 1001 East Second Street, Coudersport, PA 16915.

To express condolences or share a fond memory of Geoff, please visit www.virgillhowardfuneralhome.com

To order memorial trees or send flowers to the family in memory of Geoffrey A. "Geoff" Mahaley, please visit our flower store.