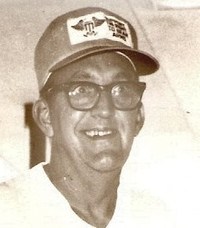 SHINGLEHOUSE, PA----Harold A. â€œOleâ€ Olson, 91, of Shinglehouse, passed away with his loving family and family friend at his side on Tuesday, May 7, 2013, in Cole Memorial Hospital Long Term Care, Coudersport, after a long illness.

He was a graduate of Shinglehouse High School.  Mr. Olson was a U.S. Army veteran having served with the 5th Infantry during World War II.

He was employed by the Oswayo Valley School District, retiring in 1986.  From 1955 to 1972, Ole, along with his wife, owned and operated the former Shinglehouse Cheese Factory, which was well known throughout the area.

A gun enthusiast, Ole was always happy to share his knowledge of shooting and guns with all.  He started the former Rifle Club at the Oswayo Valley High School in Shinglehouse having several members go on to be National champions.  He was also known for his woodworking abilities.  Ole donated property to the Borough for the nature trail in Shinglehouse.

In addition to his parents and wife, Ole was predeceased by a brother, Hazen Olson.

Friends may call at the Virgil L. Howard Funeral Home, 118 South Union Street, Shinglehouse, on Sunday from 7 to 9 p.m. and from 11 a.m. to noon on Monday, May 13, 2013 at which time funeral services will follow with the Rev. Kenneth Thompson of Brackenridge, PA and the Rev. Russell J. Horning, pastor of the First Baptist Church, Shinglehouse, officiating.  Burial will be in Maple Grove Cemetery, Shinglehouse.

Members of the Potter County Honor Guard will accord full military honors on Monday.

To order memorial trees or send flowers to the family in memory of Harold "Ole" A. Olson, please visit our flower store.