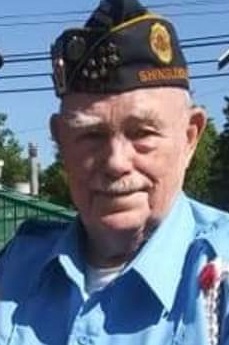 SHINGLEHOUSE, Pa.---John A. Minderler, 82, of Shinglehouse, passed away with his loving family by his side on Tuesday, January 12, 2021, in UPMC Williamsport, after an unexpected illness.

He was a graduate of Allegany (N.Y.) High school. John was drafted into US Army serving in Germany during the Vietnam War.

John loved the outdoors, enjoyed hunting and fishing. He loved to go to camp at the old family farm in Allegany with his brother, Larry. He most importantly treasured spending time with his children, grandchildren, great-grandchildren, brother, and nieces.

In addition to his parents and wife, John was predeceased by a granddaughter, Katie Lynn Freelove.

Family and friends are invited to attend graveside burial services at 2pm on Sunday, June 27, 2021, in the Maple Grove Cemetery, Shinglehouse. The Rev. Preston Hutchins, Jr., pastor of the Shinglehouse United Methodist Church, will officiate.

Members of the Potter County Honor Guard along with members of the Patriot Guard Riders will accord full military honors on Sunday.

To order memorial trees or send flowers to the family in memory of John Minderler, please visit our flower store.