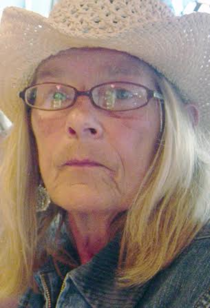 Judy Ann Hooftallen, 70, a lifelong resident of Austin, died Sunday, June 12, 2016 in Charles Cole Memorial Hospital following a lengthy illness. Her family was at her side.
Born June 7, 1946, in Coudersport, she was a daughter of Francis and Beatrice Eddy Burgett. On September 25, 1965, she married Earl R. "Huffy" Hooftallen, who died on March 14, 2004.
The couple had three boys and would have celebrated their 40th anniversary the year after Huffy passed away.
Judy was a graduate of Austin Area School District. In her teens, she worked as a waitress in Austin. In her early 20s, Judy began working at Emporium Specialities in Austin. Much of her time there was spent polishing wrenches, a job she truly enjoyed and a job that she held for the next 44 years. She retired September 20, 2006, but would still fill in at Emporium Specialties when they needed her.
After retiring, 'Jude,' as the vast majority of her friends called her, spent most of her time at home, helping raise one of her granddaughters who lived with her. She enjoyed reading newspapers, listening to music, especially Conway Twitty and visiting with the seemingly endless stream of friends and relatives who stopped by.
Judy's home was always open. Through the years, countless friends and relatives called her home theirs, sometimes only for a night, other times many nights. To many of her three boys' friends, she was considered a second mother.
Judy was an animal lover, particularly cats. Through the years, she had many dogs and cats, all with which she shared special bonds.
Her favorite times through the years were holidays, when she knew her whole family would be together, particularly her three boys and her four brothers and their wives. She enjoyed preparing large holiday meals and serving it to her family and anyone else who was either in need or who simply stopped by to say 'hello.'  Many times through the years, Huff and Judy hosted friends at the holidays who would have otherwise had nowhere to go.
Judy was a member of the Austin Vets Club, where she had countless friends.
In addition to her husband and parents, she was preceded in death by a sister, Anita Henderson, who was killed in a car accident in 1978; and a half-sister, Genny Gribble who was killed earlier this year in a motorcycle accident.
Surviving are her three boys, Craig Hooftallen, Robert Hooftallen and Harry Hooftallen, all of Austin; a daughter-in-law, Britta Hooftallen, also of Austin; three grandchildren, Rylee, Abigail and Jacob Hooftallen; four brothers, Dana Burgett (Alice) of Austin, Fran Burgett (Cheryl) of Buffalo, N.Y., Bob Burgett of Portville, N.Y. and Rod Burgett (Vanessa) of Keating Summit; three half-siblings, Tom Burgett, Paul Burgett and Dave Burgett, all of Emporium; six sisters-in-law, Renee Padilla of Port Allegany, Jackie Walker of Austin, Carla Major of Port Allegany, Barb Smith of Germansville, Penny Bennett of Austin and Sue Valenti of Austin; one brother-in-law, James Hooftallen of Austin; many nieces and nephews, including four girls who she helped raise after the passing of her sister, Tanja Reisinger, Sonya Allison, Kim Henderson and Teresa Secco; and two aunts, Joyce Stuckey and Viola Eddy.
A celebration of Judy's life will be held Saturday, June 18, 2016 at the Austin Vets Club. Friends will be received from noon until 2pm. with a reading of the eulogy at 2. A luncheon and fellowship will follow.
In lieu of flowers, memorial donations in Judy's name may be made to Teacher's Pet Rescue, c/0 Kris Arbogast, 19 Blackberry Ln., Coudersport, Pa. 16915.
Arrangements are under the direction of the Virgil L. Howard Funeral Home of Shinglehouse.

To order memorial trees or send flowers to the family in memory of Judy Ann Hooftallen, please visit our flower store.