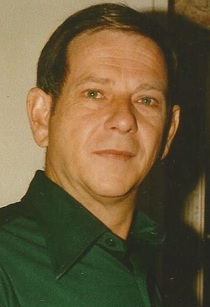 Edgewater, Florida---Kirby P. Holcomb, 75, of Edgewater, formerly of Shinglehouse and Bradford, passed away on Saturday, April 2, 2016 in his home after a short illness.
Born December 28, 1940 in Olean, N.Y., he was a son of Owen M. and Marguerite James Holcomb.  He was formerly married to Jane Holcomb, who survives.
Kirby was a graduate of Oswayo Valley High School, Class of 1958, Shinglehouse.  He received his Bachelorâ€™s degree in mathematics from Wilmington College in Wilmington, Ohio and earned his Masterâ€™s degree from Colorado State University in Fort Collins, Colorado.
Mr. Holcomb was a mathematics teacher at the Bradford High School in Bradford for several years.  After moving to Florida, he was a professor of mathematics at Embry Riddle Aeronautical University in Daytona Beach until his retirement.
He was a member and past master of Sharon Lodge #598 F. & A.M. in Shinglehouse and a member of the Sigma Zeta Fraternity. He enjoyed golfing and hunting.
Surviving are his former wife and friend, Jane Holcomb of Edgewater; two sons, Brian Holcomb of Phoenix, Arizona and Paul (Anya) Holcomb of Honolulu, Hawaii; a sister, Donna Kelly of Coudersport, Pa.; a brother, Brady (Mary) Holcomb of Lenoir City, Tennessee; and several nieces and nephews.
In addition to his parents, Kirby was predeceased by a sister, Rita Joanne Cullimore.
Friends may call from 1 to 2 p.m. on Friday, May 6, 2016 at the Virgil L. Howard Funeral Home, 118 South Union Street, Shinglehouse, PA where a memorial service will follow at 2 p.m. with the Rev. Peter Tremblay, pastor of the Coudersport Free Methodist Church, officiating.  Burial will be in Rathbone Cemetery, Coneville.
Members of Sharon Lodge #598 F. & A.M. will conduct a masonic memorial service immediately following the memorial service in the funeral home.

To order memorial trees or send flowers to the family in memory of Kirby P. Holcomb, please visit our flower store.