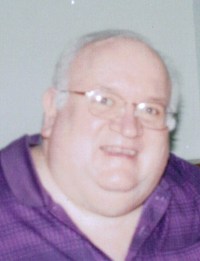 SHINGLEHOUSE, PA---Rodney H. â€œHerbieâ€ Blanchard, 61, of Shinglehouse, passed away unexpectedly in his home on Monday, June 17, 2013.

He was a lifelong member of St. Theresa Catholic Church in Shinglehouse where he had served as a Eucharistic minister.  He enjoyed listening to music, singing karaoke, playing golf, and visiting with his many friends.

Surviving are many cousins and friends.

In addition to his parents, Rodney was predeceased by a sister, Bonnie E. Blanchard.

A memorial Mass will be celebrated on Saturday, July 6, 2013 at 11 AM in St. Theresa Catholic Church, Shinglehouse with the Rev. Thomas E. Brown, Pastor, as celebrant.  Burial will be in Maple Grove Cemetery, Shinglehouse.

Funeral arrangements are under the direction of the Virgil L. Howard Funeral Home, Shinglehouse, PA.

To order memorial trees or send flowers to the family in memory of Rodney H. Blanchard, please visit our flower store.