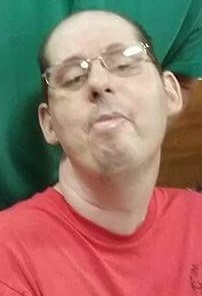 SHINGLEHOUSE, Pa.---Spencer A. “Spence” Ayers, 47, of Shinglehouse, passed away on Saturday, October 17, 2020, in LECOM Nursing and Rehabilitation Center, Erie, after a long illness.

Spencer was a graduate of Oswayo Valley High School, Class of 1994, Shinglehouse, where he was the manager of the Boys Varsity Basketball team.

He was a member of Bell Run Union Church in Shinglehouse where he served as an usher. Spence enjoyed collecting baseball cards and playing video games. He was an avid Buffalo Bills fan. He was a manager for the Potter McKean Baseball team. Spencer enjoyed participating in the Potter County Special Olympics.

Spencer was predeceased by his mother; a sister, Tonya Hemphill; and his maternal and paternal grandparents.

Family and friends may call from 10am to noon on Saturday, October 24, 2020, at the Bell Run Union Church, 904 Taylor Brook Road, Shinglehouse, where a memorial service will follow at noon, with Pastor Chad E. Shaffer, pastor, officiating.

Flowers are gratefully declined and will be provided by the family. Memorials in Spencer’s name may be made to the Potter County Special Olympics, PO Box 255, Coudersport, PA 16915 or to the Bell Run Union Church, 904 Taylor Brook Road, Shinglehouse, PA 16748.

To order memorial trees or send flowers to the family in memory of Spencer A. "Spence" Ayers, please visit our flower store.