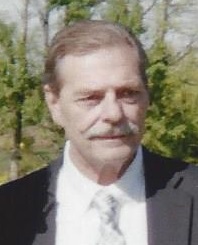 WARREN, PA----William H. â€œBillâ€ Cabisca, 61, of Warren, formerly of Bradford, Port Allegany, Smethport, and Kentucky, passed away in his home surrounded by his loving family on Tuesday, November 24, 2015, after a short but courageous battle with cancer.
Born on September 3, 1954 in Norfolk County, Virginia, he was a son of George H. and Patricia J. Sutton Cabisca.  On October 10, 2015 in Warren, he married Brenda A. Babb, who survives.
Bill was a graduate of Port Allegany High School.  He proudly served in the U.S. Air Force.  For many years, Bill was employed by the former Dresser-Clark Industries in Olean, NY.  He was self-employed, owning the former Louisville Tree Service in Louisville, KY and most recently was a water tank truck driver until retiring due to ill health.
He enjoyed painting old sawblades, making clocks from sawblades, and woodworking.  He was an avid hunter.
Surviving besides his wife are his mother, Patricia VanZiles of Warren; six children, William H. Cabisca of Bradford, Steven C. Cabisca of Warren, Jeffrey A. Cabisca of Bradford, Shirley Mae Shelton of Georgia, William A. (Mary) Sirline, Jr. of Bradford, and Patricia A. (Steven) Crum of Port Allegany; sixteen grandchildren; nine great-grandchildren; three brothers, George L. Cabisca of Bradford, David E. Cabisca of Corning, NY, and Dan L. (Jen) Cabisca of Warren; two sisters, Dorothy L. Burdick and Jessie A. (Lyle) Cradduck, both of Warren; and several nieces and nephews.
In addition to his father, Bill was predeceased by a brother, Michael John Cabisca; and a sister, Delores Kay Cabisca.
A celebration of Billâ€™s life will be held at 11:30 a.m. on Saturday, December 5, 2015 at the First Assembly of God, 13393 Route 6, Clarendon, PA with Pastor Frank Lanza and Michael Miles of Smethport, officiating.  Military rites will be accorded by members of the Sheffield and Clarendon VFW Honor Guard at the church.  A gathering will follow the service at the Eagles Club, Pennsylvania Avenue, Warren.
In lieu of flowers, memorials may be made to the Hospice of Warren, PO Box 68, Warren, PA 16365; to the American Cancer Society; or to a charity of the donorâ€™s choice.
Billâ€™s family has entrusted his care to the Virgil L. Howard Funeral Home, Shinglehouse, PA.

To order memorial trees or send flowers to the family in memory of William H. "Bill" Cabisca, please visit our flower store.